Splendid choice, and a good writeup

That’s Just What They Would Say

For some time now my day job is that of a web analyst, something that is not at all reflected in this blog. Rather than starting a new category here I decided to set up a second blog for analytics-related topics, which now is online.

25th of May is Towel Day, a tribute to the late Douglas Adams who died 11th May 2001.  I do not actually wear a towel (at least not physically – I guess whosoever read Adams will forever wear a towel in their mind), but I found the obituary I wrote all those years ago and so it might as well republish it for the occasion.

“nothing travels faster than light, with the possible exception of bad news, which obeys it`s own special rules. the hingefreed people of arkintoofle minor did try to build spaceships that were powered by bad news but they didn`t work particular well and were so extremenly unwelcome when they arrived anywhere that there wasn`t really any point in being there.”

we’ve now spent more than a month looking for the hingefreed people of arkintoofle minor, since we felt an urgent desire to meet them, to shake tentacles with them and to tell them to piss off immidiately. most suprisingly we didn`t find them, although there were certainly very bad news around.

could it be true? could the man who inventend the man who invented the pangalatic gargleblaster just, you know, die? we hoped it would turn out as a joke. this was infinitly impropable, since the jokes of this particular man used to be particular funny in almost exactly the same way the bad news mentioned above wasn`t. but because of the quasi-reciprocial and circular nature of all improbalitiy calculations, everything that was infinitely improbable was actually very likely to happen, so there was a glimpse of hope. unfortunately, bad news obeys it’s own special rules, so the joke turned out to be plain true: douglas noel adams died on friday, 11th of may, following an heart attack.

douglas adams as a writer guided his readers hitchhiking through the galaxy, took them for dinner at the restaurant at the end of the universe, provided the answer (alas not the question) to life, the universe and everything, bade a prophetic so long and thanks for all the fish before he classified – his only known error – earth as mostly harmless. he wrote dirk gently’s holistic detective agency, the long dark tea-time of the soul, and, together with john loyd, the meaning of liff, which, in many of the more relaxed english speaking civilizations, has already supplanted websters complete and unabriged new riverside university dictionary as the standard repository of all knowlegde and wisdom. in 1990 he teamed up with zoologist mark carwardine and wrote last chance to see, a tremendously funny book about the tremendously desperate efforts to save tremendously endangered species.

adams, who was admittedly fond of computers, was also a founder-director of digital village, a digital media and internet company that launched the starship titanic and he successfully adapted the ‘hitchhikers guide’ to earthling conditions and to the internet.

from his writings, one can characterize adams as a gentle, goodhearted, graceful genius, although we guess that any appropriate alternative alliteration also applies.

with adams´ untimely demise, a unique sense of humor has become extinct. if you want to spare some amiable creatures a similar fate, please donate to the dna memorial funds of douglas’ favourite charities:

From the magazine section of the New York Times:

“And perhaps you know that worldwide demand for quinoa has become so high that many of those who live in the regions of Bolivia where the crop is grown can no longer afford to buy it.

Because if we eat more of the stuff we might manage to starve a few of them darn Peruvians, too.

The Phantom Menace is on TV

A movie from 1999 about a six year old boy who falls in love with a 16 year old girl after he has killed at least a few dozen people in the destruction of their “droid control ship”. After all these years I still find that plot a bit unsettling.

Dawkins is not a good theory

Slate has an interview with Richard Dawkins (if you don’t know who that is the following will mean nothing to you) who is asked the explain the criticism towards his person. He answers by alleging that “some people fear clarity”.

I’m sorry, but that is a shmuck’s answer – “they don’t like me so so they must fear me”. I cannot judge Dawkins the biologist but I have read some of the stuff he has published on atheism. I have to say I rather dislike Dawkins the atheist because he is not at all clear.

The case for atheism can be summed up in four words, “there is no god”; that’s pretty much the be-all and end-all of it [1]. The added rhetoric actually adds very little, all that “who would want to believe in the ghastly god of the bible anyway”. Duh, it’s christians [2].

It wouldn’t be so bad if he sticked to biology as his area of expertise. He doesn’t do that, presumably because that would involve rather technical arguments that people without a background in biology (such as, for example, me) would have a hard time to understand. Instead he dabbles in history, sociology, philosophy and related disciplines, and he isn’t even particulary good at it, mostly because he presents the issue as a disjointed series of smoking guns instead of carefully building his case on the preponderance of evidence.

In constrast, an extremely good example of careful reasoning is Sean Caroll’s lecture “God is not a good theory” in which Caroll explains how the idea of god does not contribute to our understanding of the universe around us. Again, I cannot judge Sean Caroll the theoretical physicist [3] but I can judge if  his is an coherent argument.

Caroll’s lecture starts with  careful defitions – what, in the scope of the lecture, is meant by “God”, what is a theory, how do we judge (again, in the scope of the lecture)  if something is good or less so. Subsequent arguments follow from, and are build on top of, prior ones. And most importantly, he comfortably stays within his own area of expertise. God is a bad theory not because Hitler paid his church taxes but because the laws of physics already explain anything that God was supposed to explain; HE is not necessary [4].

So while the outcome is the same – god’s non-existence does not depend on the quality of the arguments for it – I find Sean Carrol’s approach much more preferable. Dawkins is much more antagonizing, and however how noble the intentions these days that always end with two factions on the internet throwing shit at each other [5]. I think this is not a good approach – if all I want to do is shout at other people I do not need the pretext of scientific argument in the first place [6].

What it boils down to is that Dawkins says that religions turns people into assholes and that therefore we should eliminate religion. However since it has turned out people can be assholes without help from any religion I’d posit that Dawkins atheism does not do anything to explain general assholery; it is not necessary and hence a bad theory.  Rather than stop being believers it might be prudent for all people if they’d tried and stop being assholes instead.

As published by the Associated Press:

Over 100 receipts retrieved from a building believed to have been used by al-Qaida in the Islamic Maghrebʼs local accountant shows an organization intent on documenting even the most minor expense.

This reminds me of Terry Pratchetts adage that chaos will always triumph over order because chaos is better organized (seeing that, in contrast, most orderly governments are easily capable of mislaying a few billion bucks). Plus it makes me somewhat afraid that the CIA will hatch a plan to poison all african macaroni supplies as pasta seems to be the main staple of terrorists.

(in his column about the Fear Economy, that is)  –  Ignaz Wrobel (a.k.a. Kurt Tucholsky) said a rather similar thing some 84 years ago [1] :

One of the most horrific consequences of high unemployment is that employment is dispensed as an act of mercy. It’s like it used to be in the war, he who has the butter scorns the have-nots.

History has vindicated me

In 2008 I gave a lecture (read here – german only) on apocalyptic themes in science fiction. I was chastised for being unfair after I suggested that cyberpunk renders the genre meaningless as it only predicts things that are happening anyway. If you don’t read german, I used Darko Suvins definition (which I suspect Suvin has nicked from german studies, specifically from the definition of “Novelle” (novella)) that says science fiction explores the consequences of a ‘novum’ (‘unerhörte Begebenheit’ in the classic german definition) that is introduced earlier in the story [1] and I pointed out that if the imagined world is just as, and in the same way, fucked up as the real world there really isn’t much of a novum to explore. People, as far as they still listened at that point, disagreed heavily.

Now, earlier this december Charles Stross wrote in his blog that the “Halting State” trilogy (not cyberpunk, but close enough) would not actually get a third installment because real life has turned out to be pretty much congruent with the plot of the two published novels. Which of course makes the whole excercise pointless.

I’d say when it comes to authorities in contemporary science fiction Stross is as big as it gets, so as far as I’m concerned I’d say that history has vindicated me [2]. 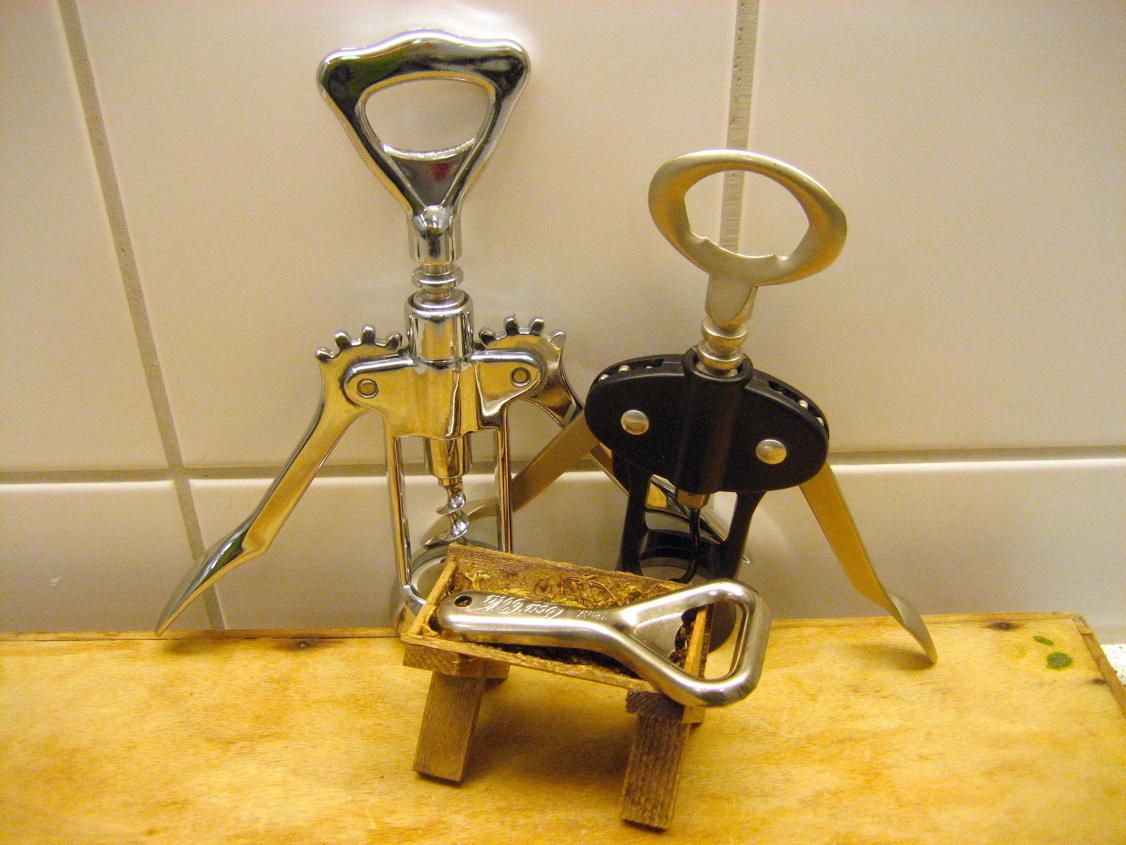